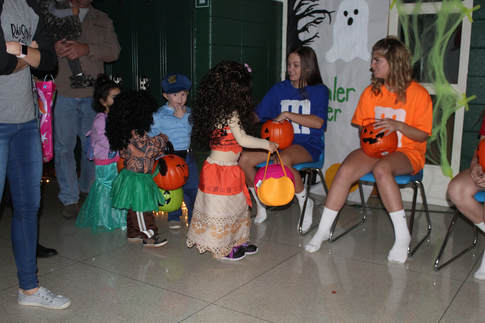 During the Halloween season, weather and kids can be tough to cooperate with. The Coal City High School chapter of Future Business Leaders of America provides an indoor trick-or-treating environment for the community’s children called Haunted Hallways.

This is the fourth year Haunted Hallways has been held. FBLA asks all clubs, sports, and organizations to decorate classroom doors and school hallways. Each group picks a design or theme for their door and are also encouraged to dress up with their theme. Students then pass out candy to the children walking throughout the halls. Along with the trick-or-treating, there is a game room in the gym where kids are able to play games and earn tickets. These tickets can be exchanged for prizes.

This year, there were over 1400 people who attended Haunted Hallways from our community and the surrounding area. We were very excited with the turnout and hope to keep growing the event each year. 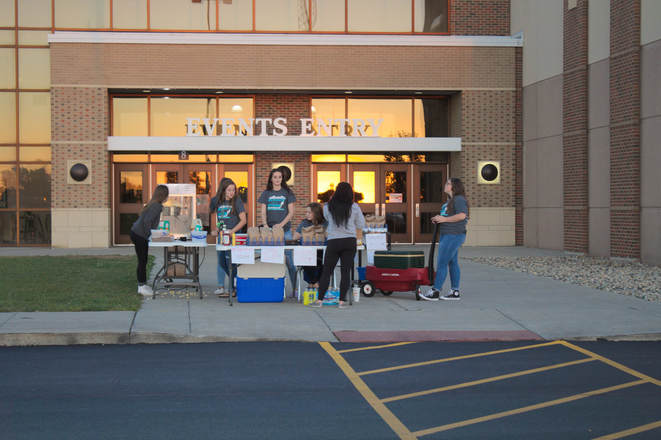 On the night of October 7th, the Coal City High School chapter of Future Business Leaders of America hosted their 2nd annual Drive-In Movie that featured the film “Moana.” This year, about 450 people attended which was a huge increase from last year’s event. The movie itself was projected onto a 30’ x 17’ inflatable projector screen. At the concession stand, hot dogs, varieties of candy, popcorn, water, and pop were served. This event was a great experience for all of the new members and the chapter as a whole. Coal City FBLA looks to continue improving this event and making it better for the community each year. 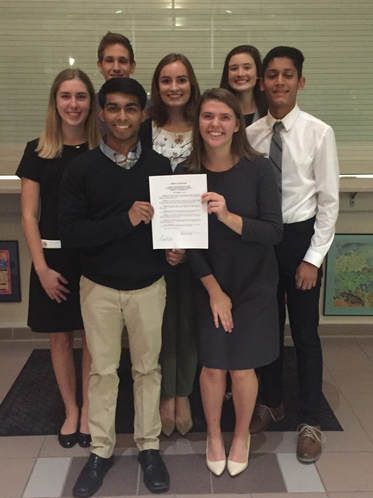 Members at Warren Township High School in Gurnee, Illinois have taken several measures to spread awareness about American Enterprise day in their community and their school. On
Monday November 6, 2017 seven members attended and spoke at the Village of Gurnee
board meeting in honor of the mayor declaring American Enterprise Day in their community.
This declaration has recognized what the chapter participates in for this project. The
American Enterprise committee has also started spending one day a month in a second
grade classroom teaching students about competition between businesses, money and
the American Enterprise system. This has been a great start to spread awareness about
the American System and are looking for to more events ahead. 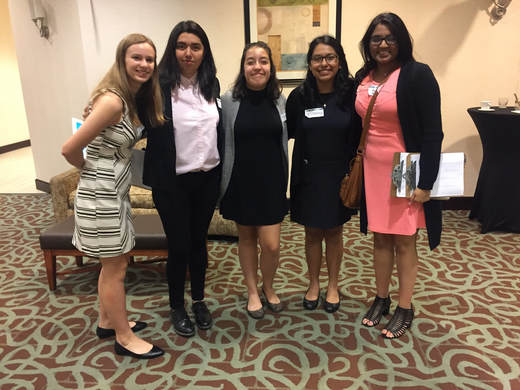 Warren Township High School in Gurnee, Illinois sent 20 of their members
to assist at the Love In the Name of Christ, (Love INC) Silent Auction. Love INC’s purpose is to assist people in the community with their journey to wholeness through mutual service, education, friendship, and prayer.
Love INC has a vision of this being executed through network amongst churches and other community organization. Warren’s chapter had
their volunteers use their smartphones to help the auctioneers with signing
up with their bid. Volunteers also greeted guests at the door, guarded the auctioned items as well as assisting in the live auction. The proceeds that
were raised in this event benefited the church in their efforts to benefit
those in need.
​

​To support March of Dimes for this Non-Stop November, Mundelein FBLA is hard at work promoting a fundraiser in which a teacher will eat baby food. Our officer team selected 10 willing teachers to be candidates for the fundraiser. Students may vote on which teacher they’d like by dropping money into the jar with their picture on it. All proceeds go to the March of Dimes. The teacher with the most money in their jar will be filmed eating a spoonful of baby food and put on our school’s video announcements for all to see. ​ 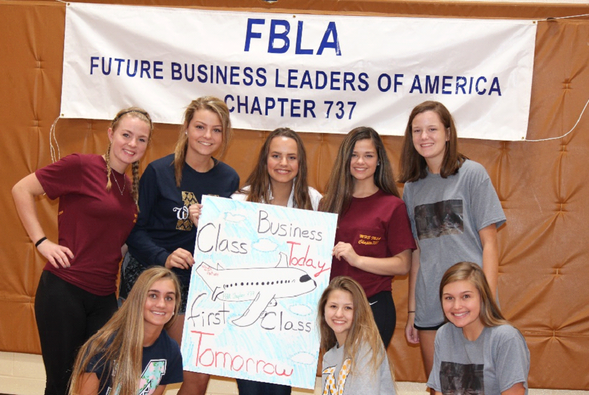 Officers gave brief explanations of their duties and how members can be engaged in various chapter activities. Chapter members brought canned goods to donate to a local food pantry and children's books for the chapter's literacy initiative. In addition, members designed promotional posters to encourage other students to join FBLA. 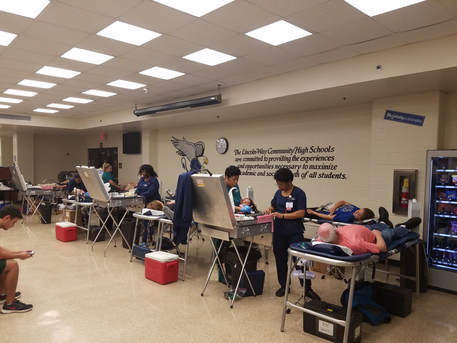 Lincoln-Way East FBLA hosted its first of two blood drives for the year.  On November 6 - we hosted 93 people and collected 65 pints of blood.   For every pint collected - 3 lives are saved.  I have attached some pictures as well.  Our next blood drive will be held March 12.

​Send your chapter news to news@ilfbla.org